GOSPEL of the KINGDOM? 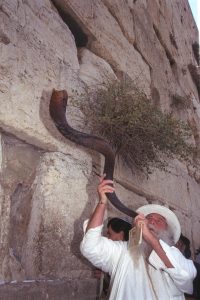 The Good News of the Kingdom of God was promised beforehand through the prophets in the holy scriptures, concerning His Eternally Divine Son, who was born a Jewish man, as the the promised son of David and the son of Abraham.  The Father sent His Son into the world, the world that was made through Him and for Him. He did this because He loved Israel with an everlasting love, and not just Israel, but the whole world. He made promises to Abraham, Issac, and Jacob that He had come to fulfill with the arrival of the Jewish Messiah in 1st century Israel 2000 year ago.

As the son of David, He was filled, led, and empowered by the Ruach Ha-Kodesh (Holy Spirit). He only did what He saw His Father did. He only taught the words given to Him by His Father. He always did what pleased the Father. He did not come to abolish the Torah and the prophets, but to fulfill them! He went around first century Israel, teaching in their synagogues and preaching the Gospel of the Kingdom of God. His teaching was with authority and He demonstrated authority and power with signs, wonders, miracles, and gifts of the Holy Spirit. This opened up many of His own Jewish people’s eyes to who He was.  Yeshua chose twelve Jewish apostles who represented the twelve tribes of Israel signifying that  God’s long awaited promise of restoration for Israel was beginning through His ministry. Yet it was just the beginning. Yeshua endured many traisl, yet without sin. He suffered with love and faithfulness towards God, Israel, and the nations to the point of death, even death on a Roman cross. It was on the cross, He ratified in His own blood the promised New Covenant to Israel and for the world. This cutting of the New Covenant provided the basis for Israel and the nations to receive salvation. His cross was the decisive defeat of satan. It was goodness overcoming evil!

The humility of the Jewish Messiah crucified on a shameful Roman cross was the way God planned to carry out His eternal purpose of reconciling everything on Earth and in Heaven in Messiah Yeshua. This reconciling the world to Himself especially included Israel and the nations, but ultimately all of His good Creation will be cleansed of evil and be made new. The guarantee of this hope is that He didn’t just die, but he overcame death on the third day. He received a glorified eternal human body that can never be killed again. The leader, the king therefore cannot be defeated! Therefore, the Good News includes that all the promises of God will be fulfilled because the risen Yeshua Himself will bring them to pass!

His resurrection was the vindication of His innocence and the first fruits of the resurrection to come that is promised to all those in Messiah. He ascended to Heaven, being enthroned as King of the cosmos with all authority in Heaven and on earth. From Heaven He now empowers His people by the Holy Spirit to continue with Him the work of the kingdom.

Since Yeshua is the declared Lord, through repentance and giving ones’ allegiance to Him as the King, all people can be forgiven of their sins and enter the Kingdom of God by His grace. The gift of the Holy Spirit is given to all who pledge their allegiance to the King. These born again disciples who give up their life for Yeshua and the Gospel of the Kingdom are to join together as Kingdom communities. Since true disciples intend to obey Him as Lord, they are the ones who are to be taught to obey everything the King has commanded as they await His return.  Our community is a participant in this story of the King and His Kingdom. We are building on the pledge of our allegiance to King Yeshua and depending on the personal presence and power of the Spirit to embody this allegiance in a progressively transformed life. For living in the Kingdom involves growth in our embodied or enacted allegiance to our King whom we love. (Matt. 4:17; 1 Cor. 15:1-4; Rom. 1:16-18; Matt. 28:17-20; Lk. 6:46; 1 Thess 1:9-10; Deut. 6:5; Rom. 10:9-10; Tit. 2:11-14)

We understand Yeshua to be the central figure in all of Scripture. As the Pre-Existent Son of God, He has always been part of the identity of the One True God, the Creator of Heaven and earth, the God of Abraham, Issac, and Jacob.  Therefore He was intimately involved in the whole history of Israel, which the Scriptures bears witness to. His incarnation into the people of Israel and the human race in general is in continuity with His pre-existing relationship with Israel and rulership over the nations, even if His identity was not fully unveiled. The great “I Am,” the Son of God, the Divine Logos, was born as an Israelite. He is the promised son of David, risen from the dead. He is Yeshua the Messiah, the King of Israel, Immanuel, God with us. (Ex. 3; Jn. 1:1-2, 14; 49; Col. 1:15-21; 2 Tim. 2:8; Matthew 1:23; 28:20)

In light of this, Yeshua is the central figure in our Messianic congregation.  We recognize Him as the Head of our community. In keeping with God’s covenant with Abraham, Isaac, and Jacob, Yeshua has founded and is building His promised community of Jews and Gentiles from every nation from generation to generation, making one Kingdom family of all peoples. We understand that this one body of Messiah to be rooted in the God, people, land, and covenants of Israel and their patriarchs. People from every nation, people, tribe, and language are becoming part of this Kingdom-family because this was always the plan. For through the Gospel, the Gentiles are heirs together with the people of Israel, members together of one body, and sharers together in the promise in Messiah Yeshua. Redeemed Gentiles are no longer strangers to the covenants of promise, but part of the commonwealth of Israel. At Kingdom Living, we are living out this story, this movement until His return (Lk. 24:27; Jn. 5:39; Jn. 1:1-3; Eph. 1:22; Col. 1:18; Matt. 16:18; Acts 2, 15; Rev. 21:12-14; Eph. 2:11-22, 3:6; Rom. 11)

Israel’s story began a long time ago when God chose to redeem humanity beginning with Abraham, Issac and Jacob (whom he re-named Israel.) God’s big idea was that, through His people Israel, he would bless every nation, and bring healing to all creation. This was accomplished through God’s great act of sending his Son Yeshua (Hebrew for Jesus), born as a descendant of Israel. In doing so, God has interwoven the stories of Jews and Gentiles (that is, of all nations) into his big story. We, as followers of Yeshua, are called to understand our own stories in light of this greater narrative.

We love the Jewish people; after all they are the blood relatives of our Messiah Yeshua. His people Israel have not been replaced by the “church” as some people claim. In Yeshua, the redeemed from every nation are joined to the people of Israel, like a wild branch grafted into a cultivated olive tree. Instead of replacing Israel, or becoming a “new” Israel they become part of what is called the commonwealth of Israel. They share together in Yeshua’s promised Spirit and Kingdom.

We desire to play our part in God’s plan to see Yeshua’s unified body fulfill its destiny to bring about the salvation of all Israel, and the redemption of the world in connection with Yeshua’s second coming. 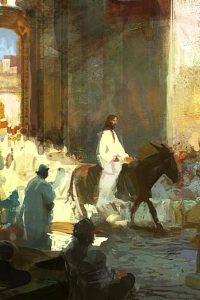 From the very beginning the Hebrew Scriptures cry out for a Messiah – a Savior, a Healer and an eternal King. They also prophesy his arrival. Hundreds of times throughout the books of law, prophecy and poetry we see the types and shadows of Israel’s rescuer. Thus, when he was born to a poor carpenter’s family in Judah, we were able to recognize him. He was given the name Yeshua, which is Hebrew for “salvation”, because he would fulfill the Hebrew prophecies to save Israel from their enemies. But he would do more than that. He would save Israel, and indeed all nations, from the greatest threat of all: sin.

Many did not recognize him for what he was. But John the Baptist did. He said “Behold, the Lamb of God who takes away the sin of the world.” He proclaimed Jesus as the one and human who would live a spotless life and, like the Passover Lamb, die for the sins of others. And not just the sins of his fellow Hebrews, but of all those from every nation who would believe in him. Three years later, during Passover, this is just what happened. And three days after that Yeshua conquered death, and was raised to life in order to welcome believers of every nation into his Kingdom.

This is a test popup.